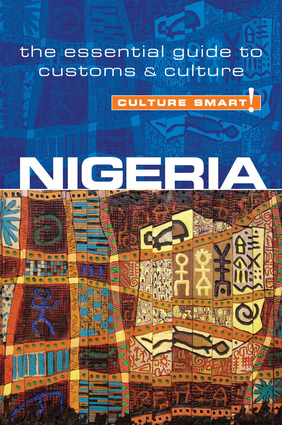 The sheer cultural variety to be found within Nigeria is impressive, with around two hundred and fifty distinct ethno-linguistic groups. That said, three large groups dominate the cultural and political scene. The culture of the mainly Muslim Hausa-Fulani in the north is rooted in the once opulent city-states of the famed trans-Saharan trade routes. The Yoruba culture of the southwest has given rise to some of Africa’s best-known art forms and has influenced religions and traditions in many countries through the out-migration of its people during the slave trade. Finally, the Igbo of the southeast have decentralized, republican traditions that have produced a culture of talented traders and businesspeople.

Competition for scarce resources during Nigeria’s short history as an independent nation has fostered ingenuity and perseverance on the part of its ambitious citizens. They are natural entrepreneurs, and intelligent and shrewd negotiators. They are also proud. Acutely aware that they have been considered second-class people by Westerners for more than two hundred years, they are deeply aggrieved by their country’s reputation for violence and corruption. Most are devout, gregarious, hardworking, and intensely critical of the culture of patronage and self-enrichment that grips much of the public sector.

This book provides a snapshot of Nigeria today, a brief introduction to the ancient and complex systems of behavior, values, and attitudes that underlie the country’s vibrant social and business life. It also opens the door to a fascinating culture that will undoubtedly play an increasingly important role in global affairs.

There is a taboo about using the left hand. As such you should avoid eating with it, and do not accept things or pass things on to others using only the left hand—use your right or both hands!