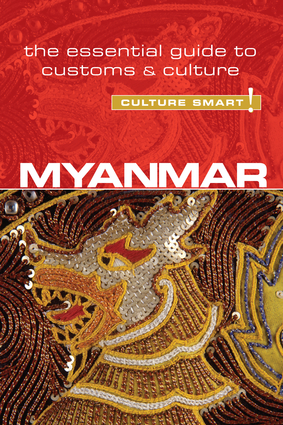 Myanmar, formerly known as Burma, is the largest country in Southeast Asia. Its population of just over fifty-three million is a culturally rich mix of more than a hundred ethnic groups and dialects. Strategically situated between the world’s two most populous nations—China and India—it has a distinctive ancient culture, sharing traditions with both neighbors.

Myanmar people are by nature friendly and polite, are easygoing and are of vast cultural variety outside of the Bama majority states. The majority of the population are devout Buddhists, and is often practiced alongside pre-Buddhist Nat (spirit) worship: there are also a sizeable Christian and Muslim populations. Generally, people are quite happy if they have a roof over their heads and food on the table, and although they have yet to taste the fruits of democracy fully, they have high hopes of a bright future for their children if democratic values take root in the country.

While your hosts will be naturally polite and accommodating, you may have to go through a steep learning curve to understand the dos and don’ts of Myanmar’s social customs. Culture Smart! Myanmar provides vital insights into the inner life of the people, their history, traditions, attitudes, and work ethic, and gives practical advice on what to expect and how to behave in different circumstances. It offers you a starting point to discover for yourself the charms of this beautiful and intriguing country.

Ah-nah-de is a phrase the visitor will hear many times during his or her stay in Myanmar. Loosely translated, it means discomfort or embarrassment at not being able to comply with a request from a friend or colleague. The person who made the request may also feel ah-nah-de toward the other person for putting him on the spot when he is unable to help. This social sensitivity is considered a national trait of Myanmar people.