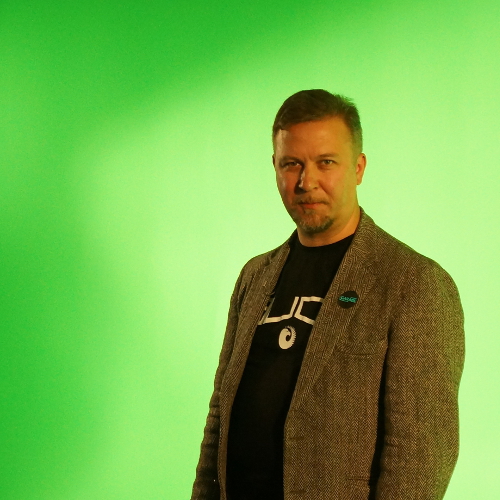 Alexey Ulko was born in Samarkand, Uzbekistan in 1969. After graduating from Samarkand University as a teacher of the English Language and Literature in 1991, in 2000 he obtained an MEd TTELT degree from the University of St Mark and St John in Plymouth, UK. In 1991-1993 Alexey worked as an interpreter and translator for the Samarkand City Council, and from 1994 to 2003 taught a range of subjects such as Stylistics, Literary Analysis, the Theory and Practice of Translation at the Samarkand State Institute of Foreign Languages. Since 2003 he has been working as a freelance consultant for organisations such as the British Council, the International Institute for Central Asian Studies and others.

During the mid-2000s his interests gradually shifted from exploring the relations between cultures and languages to those between culture and arts. During this period he began writing for a range of Central Asian arts journals and online publications such as STILLS, Kazakhstan - Kyrgyzstan ; Kurak, Kyrgyzstan; ARK, Uzbekistan, and took part in a range of regional and international conferences and events. In 2007 he became one of the curators of the VideoART.uz festival of independent cinema in Tashkent and regularly contributed articles on contemporary cinema to the festival’s website.

In 2007 and 2008 Alexey received awards for the best video-art from the Museum of Cinema and Association of Film-makers of Uzbekistan. In 2011 he sat as was part of the panel of judges at the Central Asian Festival of Independent Cinema and in 2014 was panel chairman at the Novellasia Literary Festival. Current artistic interests include experimental cinema, photography, visual poetry. He is also a member of the European Society for Central Asian Studies and the Association of Art Historians (UK).

One of the first things a visitor to Uzbekistan should do is to stop expecting it to be either an exotic 'Oriental' country or another ex-Soviet republic. The country has its own soul and you will gain a lot by being open to what it has to offer in a friendly, warm and dignified way. To enjoy Uzbekistan, you need a healthy stomach, to work here you need patience and to live here you need to get used life without seat belts.

Several years ago I visited Dungeness, dotted with yellow flowers and shrubs, it was once thought to be the only desert in the UK. Dungeness hosts the black Prospect Cottage and home of late great Derek Jarman’s, two nuclear power stations, several lighthouses, huge acoustic mirrors and a number of stray boats strewn over the pebble shore. There is of course also the Pilot Inn, excellent for fish and chips. However, no description of its parts can capture the sheer sense of quiet English madness hanging over the area as a wondrous, dreamy mist. What a place to live and to die! 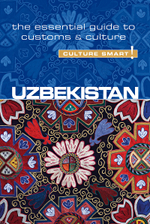