Debbie is a British author, travel writer, and freelance journalist. A graduate of University College London, and City University, where she studied Periodical Journalism, she is the author of around twenty books. Her many travel guides, for Thomas Cook Publishing, run from the Maldives to Manchester to Mediterranean Cruising. Other published books cover entertainment, celebrity, and the natural world.

She also writes on human rights, economics, film, and restaurants. Her work has appeared, in print and online, in British and international publications including The Telegraph, The Times, The Independent, the London Evening Standard, Gay Times, and Dreamscapes (Canada). Debbie is also a contributor to various Romania-based media outlets, including Time Out Bucharest and Business Review, in which she has a monthly column about expat life in the country. She lives in Bucharest with her Romanian partner and their son.

Debbie credits her appetite for travel to her parents, who journeyed extensively across Europe (including behind the Iron Curtain) and the Middle East in the 1970s. In her childhood, the family lived for a period in the Yemen. She got back on the road after graduating from university, backpacking in South Africa, Australia, New Zealand, Fiji, the US, Canada, Mexico, Peru, Bolivia, Paraguay, and Brazil. She also worked in Austin, Texas, for a summer. Since moving to Romania, she has travelled around Eastern Europe for work and leisure, including Bulgaria, Serbia, Hungary, Moldova, and Turkey. When based at home, she enjoys books, movies, Italian food, playing darts, football, late nights and lie-ins, political arguments, ranting against Brexit, and procrastination.

Romania is best appreciated if you suspend – or maybe even invert – your expectations. This is a country where cars park on the pavement and pedestrians walk in the road. A passer-by may drop everything to assist you, while a paid server in a shop or café treats your presence as a surprising nuisance. Smokers blithely light up around children, but woe betide you if you wear shoes in someone’s home – suggesting clean carpets take priority over clean lungs. Scratch the surface and there is often an explanation – but your nerves may fare better if you resolve to go with the flow.

I’d been living in Bucharest for just a few weeks. The newspaper I was working for had provided me with accommodation – a studio flat in a grim-looking, Communist-era block opposite the city’s oldest park. Coming home from work, the small parking lot was filled with film equipment, American actors, crewmembers – and giant murderous cockroaches: a sequel to Guillermo del Toro’s sci-fi horror Mimic was being shot there, a location scout having decided it resembled Noo Joisey. I got chatting to the British star, whose wedding I’d go on to attend next year in New York. A year or so later, I ran into the same crew in the park opposite, this time shooting the Andy Garcia Modigliani biopic. From gritty US urban blight to Belle Époque Paris – it’s a versatile neighborhood! 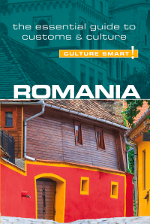