Dina Zhansagimova is a Kazakh journalist living in Almaty. After graduating in economics from the Kazakh State University, and gaining an MBA, she became a reporter covering news and current affairs for Kazakh television companies. She then joined the UN Development Program to work on social development projects in Kazakhstan, traveling to some of the most remote regions of the country.

In 2003 she was invited to London by the BBC World Service to broadcast news programs in Kazakh. Later she moved to the BBC World Service Trust, the BBC's international development charity, where she ran a number of media projects in Eurasia, before eventually returning to Almaty. She currently works for the British Council in Kazakhstan. 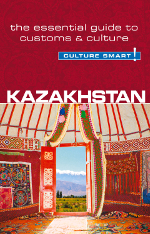