Ginnie Bedggood graduated in History from Queen Mary College, University of London, and post-graduated in Public and Social Administration from the LSE, Southampton University, and Brunel University. She worked as a probation officer in Soho, London, in the 1960s and spent seventeen years as a social work academic at Buckinghamshire Chilterns University College, before moving to the Dominican Republic. She lived in Puerto Plata, Dominican Republic from 1992 until her untimely death in 2010. The later editions of Culture Smart! Dominican Republic have been revised and updated by co-author Ilana Benady. Ginnie is also the author of Quisqueya: Mad Dogs and English Couple, a narrative that charts the early adjustment to her new surroundings. 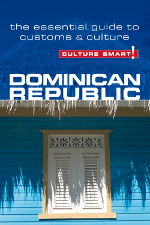