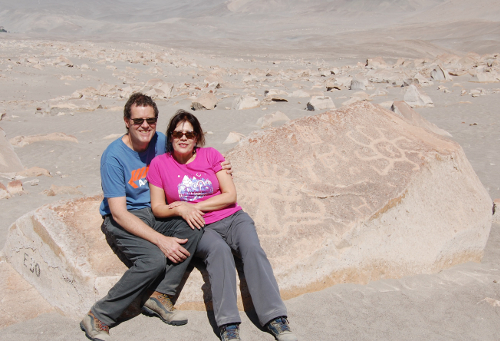 John Forrest is a geography teacher and writer based in London. He first travelled to Peru in 1981 after graduating with a BA Comb. Hons in Geography & Statistics from Exetere University. He has returned to Peru almost annually as Chairman of the Tabopata Reserve Society which supports a wide range of conservation linked projects in the rainforests of sout-east Peru. In the 1980s and 1990s he lead trekking and study tours and researched, wrote and published his own travel guide for budget travellers, in conjunction with Bradt Publications. He also wrote and published a sister travel guide to Ecuador. He is an ex-committee member and Vice Chairman of the Anglo-Peruvian Society and Fellow of the Royal Geographical Society.

As Head of Geography in a north London secondary school, he has organised numerous student study trips to Cataluña, in Spain, and Yunnan, in south-west China.

Peruvians really are mad about their cuisine which, to be fair, is internationally acknowledged to be amongst the best cuisines of the world. Travellers would do well to become familiar with the regional variations between the north and south of the country, and the three main geographic regions: Coast, Sierra and Rainforest. Did you eat cuy chactado (deep-fried guinea-pig) in Cajamarca; rocotos rellenos (firey hot, stuffed peppers) in Arequipa; or juanes (stuffed rice balls) in Iquitos? It is sure to be a hot topic of conversation with all Peruvians from taxi drivers to academics, and a good way to break the ice.

The trek around Mount Ausangate, south-east of Cusco, was truly memorable. On the first night, we slept in the home of our guide in the shadow of the mountain with guinea-pigs running around beneath our bed all night. The next day we skirted the majestic snow-capped massif, passing brightly coloured glacial lakes before camping at the base of a thundering waterfall. On day three we were invited to a fiesta in the small hamlet of Chilca until it became too dangerous to consume more chicha (maize beer) and alpaca steaks cooked pachamanca style (underground using hot rocks). We retreated down the valley to camp atop the roof of a thundering subterranean river. A series of gorges and terraced agricultural ‘bowls’ scattered with farms and alpacas lead us back to the Cusco/Puno railway at Checacupe.