Jeffrey Geri was the author of the first edition of Culture Smart! Israel. He was a South African-born barrister who made Israel his home in the early 1960s. He was involved in all aspects of Israeli life, worked extensively in tourism and advertising, and wrote several novels, two of which were based on the theme of immigration to Israel. He sadly passed away in 2013. 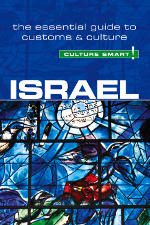