Keith John Richards was born in London in 1953. He has lived in Italy, Peru, Costa Rica, and the United States, as well as Bolivia. He received his Ph.D. in 1994 from King’s college, University of London, for a thesis on the Bolivian novelist and historian Nestor Taboada Teran, which was published in 1999 as Lo imaginario mestizo (The Mestizo Imaginary). His critical bilingual anthology, Narrative from Tropical Boliviad, was published in 2004.

Keith John Richards has taught Latin American film, literature, and popular culture at universities in Britain, the USA, and Bolivia. He has published widely on all these subjects and co-organized Latin American film symposia and festivals at the universities of Leeds (UK) and Richmond (Virginia). He has lived in La Paz, Bolivia, since 2005 and divides his between teaching at the Universidad Mayor de San Andres and writing; he is currently preparing a book on Latin American cinema. 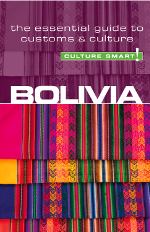