Nicolas Buchele grew up in Hamburg and was educated at University College London, where he graduated with first-class honors in English Language and Literature. He left Europe in 1997 to work as a journalist in Asia. In 2003—04, he was chief sub-editor at Arab News in Jeddah, Saudi Arabia. He has published articles on subjects ranging from Henry James' late novels to car launches in Lebanon. He now lives in Bangkok, Thailand, where he works for Korea's largest-circulation newspaper, the Chosun Ilbo. 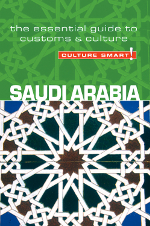