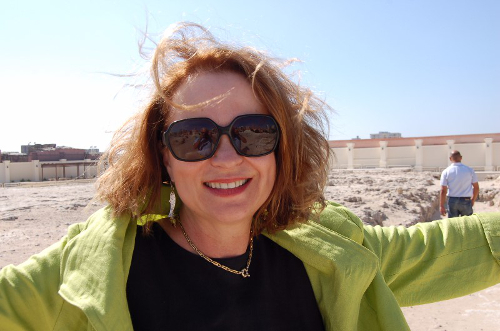 In addition to Culture Smart! Namibia, Sharri wrote the Top Ten Guide to Rome (Internationalist, Boston, 2001). She has lived and worked in Windhoek, Namibia, and raises olives in Umbria, Italy. She lectures on Mediterranean cruises, created an International Etiquette Seminar for the American University in Rome, Italy, and co-directed a graduate course in Italy on international communications for Simmons College.

An American, she has developed seminars and lectures on independent travel, food, wine and culture. She has a master’s degree in Communications Management from Simmons College, Boston. She is married to Piero De Masi, an Italian diplomat whom she met in Namibia.

Namibia is unique for a variety of reasons, including its position as the last colony in Africa to become independent. When that happened, in 1990, there was a well-trained cadre of Namibians ready to assume positions in the government and to work toward national reconciliation with all segments of the population. It is a huge geographical space, with landscapes that run the gamut from beach to mountain to desert to jungle.

Namibia is sparsely populated by humans, with only about two million people, but it has vast populations of hundreds of species of animals, birds, and other wildlife. This combination of incredible open vistas, uncrowded spaces, and the wide variety of animals in their natural habitats makes the country the optimum place to enjoy self-drive safaris. The Namibians, who represent up to fourteen tribes and ethnic groups, are friendly, helpful and proud of their country. For visitors, it offers the best of Africa.

My first encounter with a really, really big elephant at Etosha National Park, the million teeming (and smelly) seals at Cape Cross, the endless beaches of the Skeleton Coast, tracking desert elephants, visits to remote Himba villages, climbing the dunes at Sossus Vlei at dawn, flying over the endless dunes of the Namib, quadbiking near the Kunene, canoeing on the Orange River, climbing down Fish River Canyon, sitting around a Bushman campfire, having lunch on a tiny sandbar in the Zambezi River system, meeting the cheetahs at Okonjima, ballooning over NamibRand, the rock paintings at Twelfylfontein, traversing Divorce Pass, the drive to Puros. Each of these is an indelible memory that stays with me wherever I am in the world. 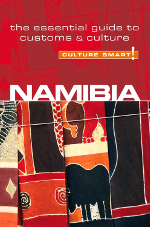