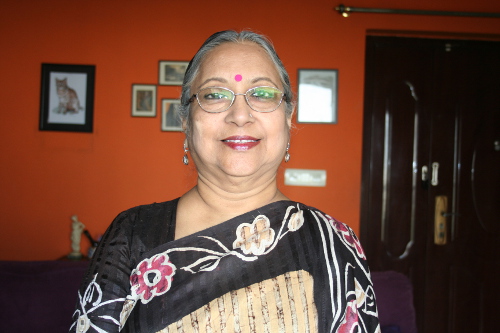 Urmi Rahman is a Bangladeshi journalist and author with a Master's degree from Chittagong University. After working for several years on various newspapers and magazines in Bangladesh, she was awarded a UNESCO Fellowship to Michigan State University and to the Press Foundation of Asia in Manila, Philippines.

In 1985 she joined the Bengali Section of BBC World Service in London as a producer-broadcaster and remained with them for eight years, before leaving to work in local government in London. Urmi has published a number of books, both fiction and non-fiction, and has translated several books from English to Bengali. She now lives in Kolkata with her Indian husband, and regularly contributes to newspapers and journals in both Kolkata and Dhaka.

Urmi has a number of publications to her credit, which include books, both fiction and non-fiction, short story collections, children's story books and other books on different topics. These include, a title on Bengalis living in Britain (Bilete Bangalee: Shongram O Shafolyer Kahini), feminism in the West (Pashchatye Nari Andolon) and on war crimes in different countries (Juddhaporadh Deshe Deshe). Her latest book is based on interviews of distinguished personalities from Bangladesh and West Bengal (Atmokothone Shamay O Srijon Kotha). She has translated some books from English to Bengali, one of them is the translation of A;Question of Women's Liberation by American feminist-anthropologist Evelyn Reed (Narimuktir Proshne). One of her short stories was adapted for a TV drama that was telecast in a popular Bangladeshi Television channel.

Urmi has written B is for Bangladesh, a pictorial children's book published by Frances-Lincoln and;Culture Smart! Bangladesh.

The best time to visit Bangladesh is during the Bengali New Year celebrations known as Pôhela Boishakh. One of the largest cultural and secular celebrations, the festival falls annually on 14th of April. I recommend attending the early morning musical programme at dawn under the big tree in Ramna Green, which is at heart of the capital Dhaka, the spectacle of coordinated singing and dancing make it worth the early rise. All day long there will be melas (fairs), and cultural functions - roaming the city you will see some beautiful street paintings called Alpona. Participating in Bengali New Year may require stepping outside your comfort zone, but if you join the happy celebrations I can promise memories to last a lifetime. 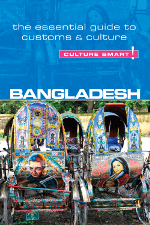