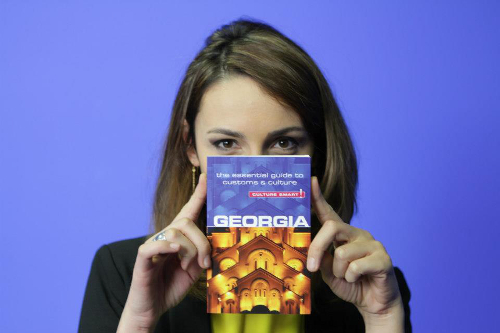 Natia Abramia is a London-based journalist; she’s been working for the BBC for over a decade. Prior to that Natia lived in Tbilisi, Georgia where she worked as a TV presenter and reporter.

After completing her MA in International Journalism at Cardiff University, Natia entered the field of television documentary production. She has been involved in films based in locations from the Balkans to Kashmir, on a range of topics including multiculturalism and diversity. Natia also used to teach Conflict Reporting and Media Management at the Georgian Institute of Public Affairs.

As a multi-platform producer, Natia has made radio and TV programmes and managed various discussion platforms and social media pages for BBC programs. Currently she covers breaking and developing news on British politics and international affairs for the BBC’s News Channel.

In addition to her work as a journalist, Natia acts as a PR trainer works and as a newsroom management consultant, helping media stations to run their newsrooms in more cost-effective ways.

Culture shock and the effects of reverse culture shock are of great interest to Natia, and inspired her to write Culture Smart! Georgia. The guide looks at how the present day culture was formed in her home country. and provides practical tips for tourists, diplomats, journalists and business people on how to best communicate with the locals and what makes them tick.

When greeting each other, Georgians don’t just say ‘Hello’ or ‘Good Day’, but rather the local equivalent,  ‘Gamarjoba’ and ‘Gaumarjos!’ also mean ‘Victory To You’.  Used as a toast, the greeting is an insight into the psyche of a nation who at many points in history had to fight off foreign invasion.

Having grown up surrounded by the beauty of Georgian scenery, I’m not easy to impress. You’ll know what I mean once you visit the amazing Sventi mountain villages and their ancient towers. Once you’ve set eyes on the view from Gudauri mountain top, before skiing down the virgin snow, or climbed up the steep slope in Thikhisziri to watch the sun setting into the Black Sea, you'll understand.   Recently I discovered the canyons of Georgia and had the most jaw-dropping experience swimming in the icy waters of Martvili waterfall. (I have since been told Martvili is not half as spectacular as Migaria and Tobavarchkhili, so that's my next trip mapped out..) 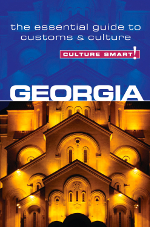