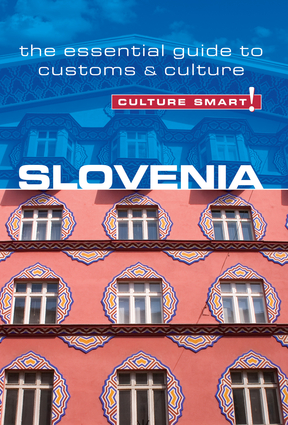 Slovenians retain an understated and understandable pride in their country, which is why they are delighted to show it off to visitors. Over the centuries, the area has belonged to many kingdoms and regimes, and until Slovenians gained independence in 1991, they had sat back and watched the mighty rise and fall. As far as nationhood goes, their golden age is now, in a new state in which the language of the people is, finally, also the language of government.

Slovenians have often been regarded by their Balkan neighbours as being eerily Austrian—a cold, reserved Alpine people with an addiction to work, and perhaps even a mild aversion to fun. Though this opinion was not held without a sense of humour and even a certain amount of respect, the stereotypes are hard to shake, and many Slovenians label themselves as melancholic, morose, or introverted. The difference between public and private persona however, could not be any more different!

Modest through and through, they will not smother you with false affection and overhasty offers of friendship, but if you ask them for help, they will be there for you. And once a friendship has been formed, a realm of generosity, intimacy and honesty will be discovered.

Culture Smart! Slovenia offers you the essential insights into the quirks, pitfalls, social and business habits of this thimble-sized European microcosm. It will elucidate for you the values, customs and attitudes that shape their way of life and enable you to make the most out of your stay here, whatever your reason for travelling!

Slovenians do not line up in an orderly fashion. Arriving at your destination half an hour before the doors open is no guarantee of a pole position. Once the doors open, it’s every man for himself, and the last shall indeed sometimes be first.